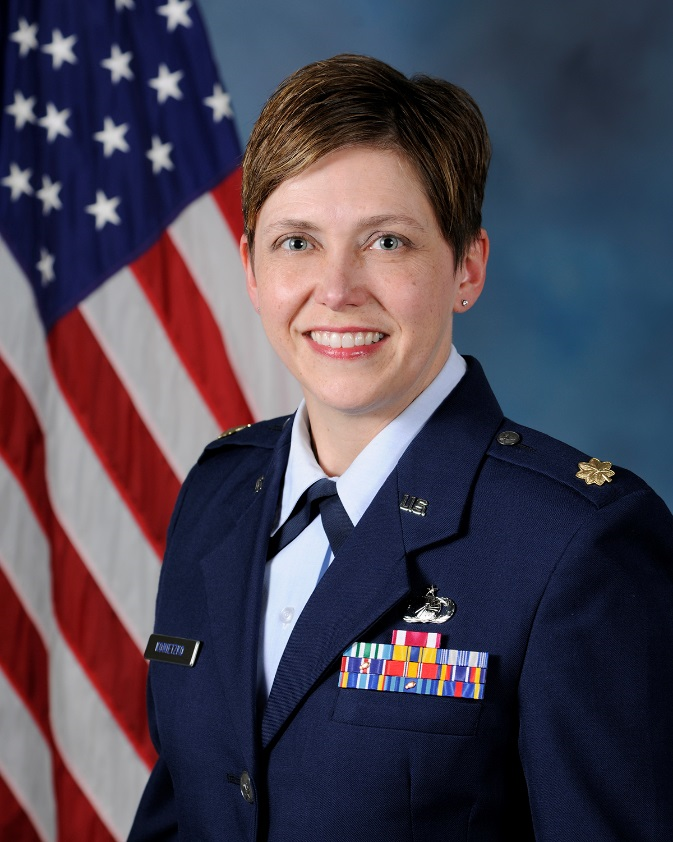 Major Konietzko is currently the Director of the Air Force Digital Service and is detailed to the Defense Digital Service, Office of the Secretary of Defense, Washington, D.C. There she is the liaison to connect the Air Force to a SWAT team of experts available to tackle the Department of Defense’s most critical technical initiatives.

She commissioned through the Reserve Officer Training Corps Detachment 415 and entered the Air Force in July 2006. Her first assignment brought her to Hanscom AFB, Massachusetts where she worked on two major, software intense programs (UEWR and BCS-F), as well as, serving as the ESC/CC Aide-de-Camp.

From 2010 to 2015, Maj Konietzko worked on developing and integrating cyber and influence operations intelligence-based tactics into large-scale training exercises such as RED FLAG. As an Aggressor, she qualified in many mission roles including a Group Mission CC (“Chairman”) for RED FLAG integrating Air, Space, and Cyberspace domains to prepare USAF, Joint, and Coalition Partner forces for tomorrow’s victories. During this tour, she deployed to AF Center for Engineering and the Environment (AFCEE), Lackland AFB, Texas to act as Deputy Division Chief for multiple construction projects totaling $617M located at Camp Bastion, Leatherneck, and Tombstone, Helmund province, Afghanistan. While maintaining her mission role her last year, she also was selected for Group Executive Officer which included managing the Group CSS.